Boston Parent Bloggers and Listen To Your Mother Plus A Giveaway 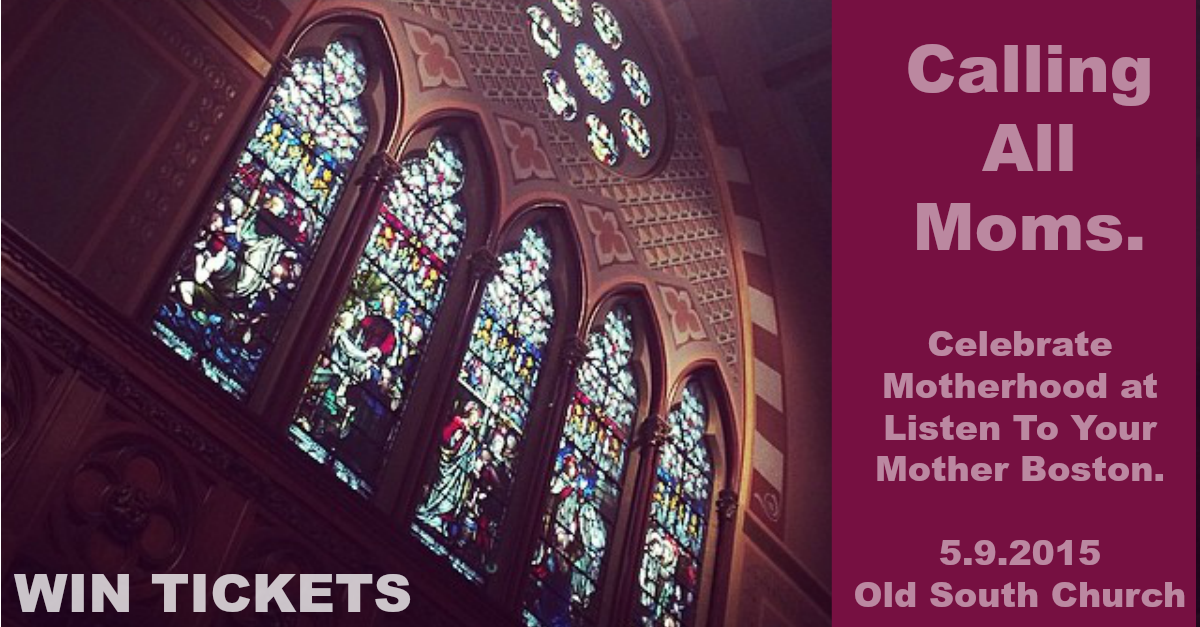 Today, we have a special guest post by a Boston Parent Blogger member, Phyllis Myung, blogger at Napkin Hoarder and Producer of the Listen To Your Mother (LTYM) show in Boston. LTYM is an acclaimed series created by founder and National Director Ann Imig in 2010. Just in time for Mother’s Day, the LISTEN TO YOUR MOTHER show returns to Boston for its second year featuring 12 local writers sharing personal stories of every aspect of motherhood.

“Giving motherhood a microphone,” the Boston LTYM show is one of 39 being held on or around Mother’s Day in cities across the United States. Audiences will hear personal narratives that span the complex relationships, challenges, joys and struggles of motherhood that unite and define us all.

My history with Boston Parent Bloggers (BPB) begins before I was even a part of BPB. I was in midtown Manhattan, standing in line at the Starbucks at the BlogHer conference hotel. I overheard someone talking about cities in MA and immediately asked them if they were from Boston. They were some of the loveliest people I met at my first BlogHer. After I got back home, I immediately looked up Boston Parent Bloggers and joined the group. I was still shy about my own personal blog, but I knew I wanted to be connected to these amazing blogging parents!

It took me a year before I made a comment in the Facebook group. The post that I commented on was a post about the Listen To Your Mother show’s auditions in Providence. I knew I had to take part in this incredible show, and I also knew that I had to meet more blogging parents!

We are thrilled to bring Listen To Your Mother back to Boston again for its second year! It’s been an amazing privilege to be able to produce an impactful and meaningful show of local writers and bloggers to celebrate and give Mother’s Day a microphone. We hope that you will join us on May 9, 2015 at 2 pm. The Old South Church in Copley Square will be filled with stories that will have you laughing, crying, and saying, “Me, too.” We also hope that it will be a day that you will treat yo’ self, especially if you are a mom. If you know a mom or have a mom, treat them to an afternoon out to celebrate them and show them how much they mean to you.

For more information about the Listen To Your Mother show, please visit our site: http://listentoyourmothershow.com/boston/.

As an official media sponsor of Listen To Your Mother, Boston Parent Bloggers is giving away two tickets to this year’s Boston performance on May 9, 2015 at 2 PM in Boston. Enter below to win!